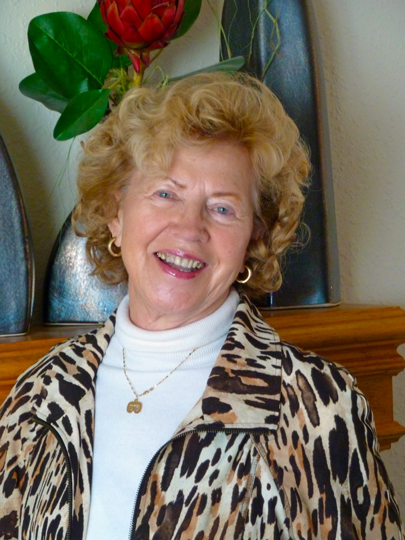 Among many things, ballet teaches the power of movement, something Anita Otis knows very well. Born in Canada and raised in Chicago, she discovered dance as a young woman, trained as a ballerina, and eventually traveled the Midwest dancing professionally. Dancing empowered Anita; it brought her great joy.

There was another movement, however, that had the opposite effect. “I can remember shaking when stressed, even as a child,” says Anita. Her tremor didn’t become constant until she reached age 40. In the years since then, her ET has steadily worsened, beginning with head tremors and progressing to include her chin and hands.

Despite ET’s daily toll, Anita says, she still chooses to dance in the light, to take steps in positive and empowering directions.

“I wish very strongly for people to be educated in the lives of people with ET,” she says, “and realize the embarrassment and difficulty many people experience living day to day.”

Though she may be a reluctant partner to ET, Anita has steadfastly refused to allow the condition take the lead in her life. After her ballet career concluded, she eventually rose through the ranks of J.C. Penney to become a store manager, and later managed the storeroom for a large wholesale business.

Now retired with five grandchildren by her three sons, Anita established and still leads an IETF support group in Lee’s Summit, Mo. (“We have a small but mighty group of about 15,” she says with pride). She is a cherished leader and IETF volunteer. Based in Independence, Mo., she also enjoys gardening, traveling, visiting family, and watching out for her live-in companion (“We actually watch out for each other!” she says).

“My life has been great fun,” she says. “Most all of my jobs have been working with and helping people get stronger in whatever their calling was in life…. My wish is to have this video seen by as many people as possible.

“One of my sons and two of my grandchildren show signs of tremor. Maybe showing the video will help with awareness, and with awareness, help may come in the form of research funds and more people willing to work for a cure to help all of us.”

After all, as Anita understands so well, even though life may not always be the party we hoped for, while we’re here, we still should dance.