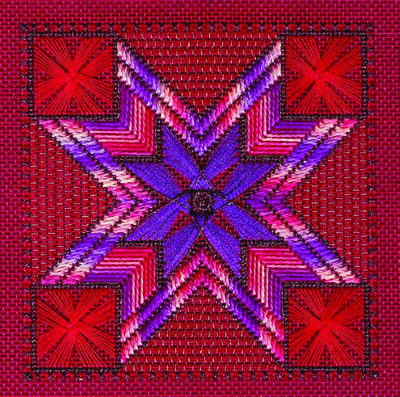 The road to Michael Boren’s essential tremor (ET) diagnosis was different from the norm of shaking hands or head. His principle symptom was vocal. “I had a continuing problem with what seemed to be laryngitis, but there was no sore throat or other symptoms that might cause this,” says Boren.

Boren’s ear, nose and throat specialist did not identify the problem initially so he began eliminating possibilities. “One day he asked me to vocalize a certain sound that he made. When I tried to replicate the sound, the strangest noise came out of my mouth,” says Boren. The specialist thought that the problem was neurologic. “He could see the struggle in my vocal chords.”

A meeting with a neurologist led to a quick diagnosis of ET. The doctor noted that Boren’s entire body was shaking even though he was not aware of it. He sought out information online, soon found the IETF and began learning about the condition.

“Now that I am more knowledgeable about ET, I can see that I had this condition since early childhood,” he says. Boren always grew shaky when stressed, but that tendency was attributed to nerves. “Now I see that both of my parents had ET that was never diagnosed, and my son and I believe that he has it, too.”

Boren’s symptoms are fairly well controlled by medication now. As a needlepoint designer and teacher, he has always had a problem in threading needles. “Now, I know why!” exclaims Boren. “There is always a slight wobble in my hands that makes it difficult to get a thread into the eye of the needle.”

Boren’s ET diagnosis tied into a novel and crafty approach to fundraising that involved stitching. 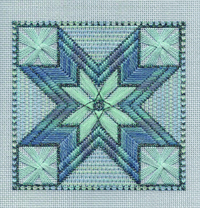 Carole Lake and Michael Boren, both professional embroidery teachers in Austin, Texas, do not travel as frequently as they have in the past. “Teaching needlework is one of those odd occupations where it has been common for teachers to travel all over the United States for classes of students,” says Lake.

Instead, online classes provided them an opportunity to teach without the wear and tear of travel. Lake and Boren formed a small business called StitchPlay Designs. In summer 2011, they decided to create and teach an online class that was also a fundraiser for the IETF and other causes.

“We wanted to do something with a splash for our first class together. Michael’s chapter of the American Needlepoint Guild has a fundraiser for charitable causes every fall, and last year it was my turn to design a piece for that fundraiser,” says Lake. “With much input from Michael, a design called St. Margaret’s Star was born.

St. Margaret’s Star was offered in five color choices, one coordinating with each of five charities that the organizers thought would be attractive to stitchers.  Each class registrant was required to make a small donation to the cause associated with the color of the kit they chose. “The first one we thought of was the International Essential Tremor Foundation because Michael suffers from this disorder,” says Lake.

Because a large majority of stitchers (but by no means all) are women, they also chose charities fighting to defeat heart disease in women, ovarian cancer and breast cancer. Lake says, “One of our friend’s daughter works for Doctors Without Borders, so we made them a fifth choice.”

Response to the online class project was enthusiastic. “We had more than 100 stitchers register and many sent more than the small required donation,” says Lake. The group sent in a generous donation to the IETF. “We were very surprised at the enthusiasm among our participants, particularly in support of essential tremor since we had made it clear that Michael is affected by this disorder. Our feeling was that we had a group of people doing what they enjoy while supporting a cause about which they were passionate.”