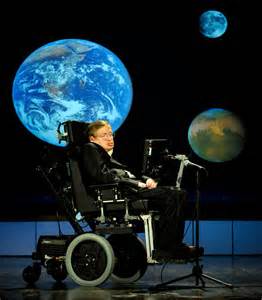 “It is a waste of time to be angry about my disability. One has to get on with life and I haven’t done badly. People won’t have time for you if you are always angry or complaining.”
– Stephen Hawking, theoretical physicist

An estimated 10 million Americans have essential tremor. ET is not confined to the elderly. Children and middle-aged people can also have ET. No matter the age, people with ET lead active lives. They use their intellect, gifts, innate talent, and cultivated interests to make the most of their life. The IETF is proud to share their stories with you.

Some people know from a very young age what they want to be when they grow up, which way they want their lives to go, and how they want to get there …
Steve Moore was not one of those people.

Joyce spent many years working in a busy office environment before her ET made to too difficult to keep up. But as one door closed, another opened. She went back to her roots, to her love of the land and all of its bounty, to find new purpose and direction in her life.

Australian native Andy Lamont is a lean and sculpted masterpiece. But when his shaking hands began to get in the way of achieving his dreams, he knew something had to be done. He knew he needed answers. Learn how Andy came to terms with his tremor and why he chooses to live a hard and disciplined life in pursuit of the sport he loves.

Not all coping skills are positive. Sometimes, in our effort to minimize stress and/conflict, we employ strategies that actually make things worse. Those affected by essential tremor have options when it comes to their tremor: They can either choose to be open about their shaking or attempt to hid it. Brett Wiscons spent many years hiding his essential tremor. As a musician and author, he felt it was too hard, too embarrassing, too not-normal, to reveal. 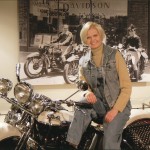 Jean Davidson knows motorcycles. She’s been riding since she was 12, which makes sense given her family history—her grandfather, Walter, teamed up with his two brothers and good friend, William Harley, and started a shop in the Davidson’s 10’x15’ backyard shed, making small motorcycle engines for do-it-yourselfers. That was in 1903.

Ask anyone who is affected by ET and they’ll tell you it’s a condition that requires a complete rethinking of how to live life. For some, those “limitations” are anything but. Instead, they’re actually motivation and can encourage people to act…to do more. And when two people get together, they can do some amazing truly things! The proof: IETF volunteers Sharon Alexander and Joe Bremhorst from the support group in San Ramon, CA. 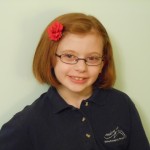 Joy Schaaf, a third-grader  in Ohio wanted the public to help her celebrate National Essential Tremor (ET) Awareness Month in March. The 8-year-old daughter of Teresa and Raymond Schaaf, was diagnosed with essential tremor in the fall of 2010 at the age of 6. She is doing great things to make the public become more aware of ET. 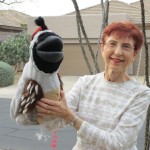 Sharon has been telling stories and singing songs since she was a child growing up in Chicago. She inherited her love of music from her father who especially enjoyed singing silly songs to Sharon and her sisters. Her mother also joined but, unfortunately, couldn’t carry a tune in a basket. It made for a fun and interesting childhood, full of laughter and love. 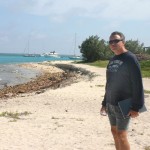 Don Foley, 49, feels most relaxed when aboard his Beneteau Oceanis 390, a 40-foot sloop, as he sails in coastal waters. He grew up on Cape Canaveral, an island that serves as his home port located minutes from the Florida mainland. A lifelong sailor, he enjoys heading for open sea with his wife of 22 years and his two daughters.

Ryan began having tremor in his right hand at the age of two, and was diagnosed with essential tremor (ET) right after his fourth birthday. Having information, meeting others with ET, and knowing Ryan’s receiving wonderful medical care has helped both Ryan and his parents.

When I was about 50 years old I began to notice a slight tremor in movements of my right hand. At first I think it was only noticeable to me as it was very fine. Being a proud surgeon, I was very sensitive to having a steady hand. At first I thought the tremor was just part of getting older, but as time went by it became more pronounced.

Rich Grieb, 44, was in his early 30s when his right hand began to shake, but the tremor was so subtle when pouring water from a pitcher, writing or doing something requiring fine motor skills that he only gave it casual notice. In fact, Rich says he dealt with it by ignoring it, because he was afraid that he had Parkinson’s disease.

Comedy, according to Robin Hetro, has power. “In our politically correct world, the comedy stage is still a place for free speech and free expression,” explains Robin. “Even in medieval times, it was only the jester who could speak the truth to the king . . . and live.” Robin should know—she speaks the truth many nights a week as a stand-up comic in the west-central Florida area.

After college with a degree in equine studies and communication, Kate moved from her childhood home in Connecticut to Virginia for a job and a boyfriend. Equine studies, she explains, is the study of horse anatomy, physiology, and everything else there is to know about horses.

Stereotypes shape the way we think about people and situations. People with ET are often stereotyped as being nervous, withdrawn, anxious, and elderly. But Jessica Obrist of Seattle is proof positive that stereotypes are made to be refuted.

One day while working as a personal trainer in a gym in Appleton, WI, an older gentleman approached Stephen Remillard, 25, asking if he had any suggestions for an exercise program to combat a condition he was recently diagnosed with: ET.